Cub Scout Pack 358 of Midlothian is beginning its 68th continuous year of programs for boys. This year, 2017, our pack is 30 boys and 13 adult leaders strong. As we celebrate this very special anniversary we want to remember all those who gave their time and energy for the benefit of the scouts of Pack 358.

Our Pack started as Pack 8 in 1949 lead by Albert James. Meetings were held at the Lions Club behind Cavallini’s where the village green now lies. The pack continued on for a couple of years. After a break of two years the Pack was re-organized as Pack 258 of the Indian Trails District, Pokagon Trails Council. Tony Marchello got the pack up and running again with 59 boys lead by Cubmaster Walter Popowitch in 1954. The Pack was sponsored by St. Christopher Holy Name Society and meetings were held on Friday nights at St. Christopher School.

The pack number changed from 258 to 358 in 1960. In 1965, Pokagon Trails Council merged with other councils to become the Calumet Council. The Indian Trails District became the Lone Pine District, in 2002 became the Potawatomi District and changed again in 2005 to the Nishnabec District.

Since it’s inception in the early 50’s the pack has served over one thousand boys with the help of countless adult leaders, the support of the Holy Name Society, St. Christopher Parish and the surrounding community. The requirements, procedures and activities of the scouting movement change from time to time, but the same scouting spirit that guided Pack 258 at its beginning in 1954, will continue to guide it into the future. In 2015, Calumet Council, Chicago Council, and DuPage Council combined to form the new Pathway to Adventure Council. http://www.pathwaytoadventure.org/

A committee of eight men and two additional leaders assisted the first scoutmaster, Mr. Tom Conroy. The troop has always been sponsored graciously by the St. Chris Holy Name Society. Troop 358 has 14 scoutmasters in 60 years. These men and their committees, have provided excellent guidance and leadership. They’ve taken the troop on outdoor activities, traveled, and fostered mental, physical and religious growth.

With an average annual registration rate of about 38 boys, the troop has provided scouting experiences for nearly 1,000 boys throughout the years. At one point we had over 93 boys in the troop at once! Today’s membership still includes active scouters, and families with second-generation scouts. In our 60 year history, we have had over 72 Eagle Scouts pass through our troop. The Order of the Arrow is also strongly represented in our troop with with several becoming staff at high adventure places. The requirements change from time to time, but the same scouting spirit that guided Troop 258 in 1953 will continue to guide us for years to come.

A Special Thanks to Our Sponsors

We'd like to thank some of our sponsors for their generous gifts and support: 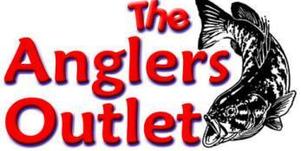